Now they were ready to do things on a bigger scale. Smith and the remaining eight children traveled to Chicago where Smith put them on a train to Iowa City by themselves where a Reverend C. The Board found that while children were placed hastily and without proper investigation into their placements, only a few children were "depraved" or abused. 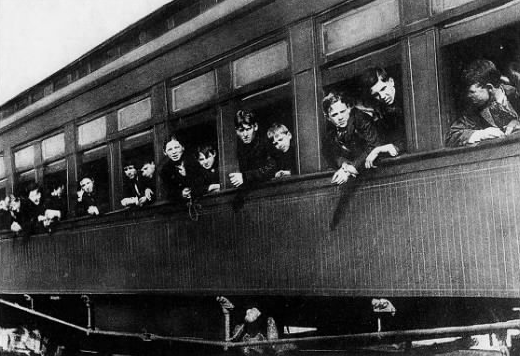 Others, though, took on new names and identities and never returned to New York. Supreme Court found that a writ of habeas corpus seeking the return of a child constituted an improper use of the writ. Out of the 45 children who arrived on the Orphan Train, only eight were left by the end of the day. These events were well publicized at the time with newspaper stories titled "Babies Sold Like Sheep," telling readers that the New York Foundling Hospital "has for years been shipping children in car-loads all over the country, and they are given away and sold like cattle.

Besides, these states needed to deal with their own emerging orphans and homeless-children problem.